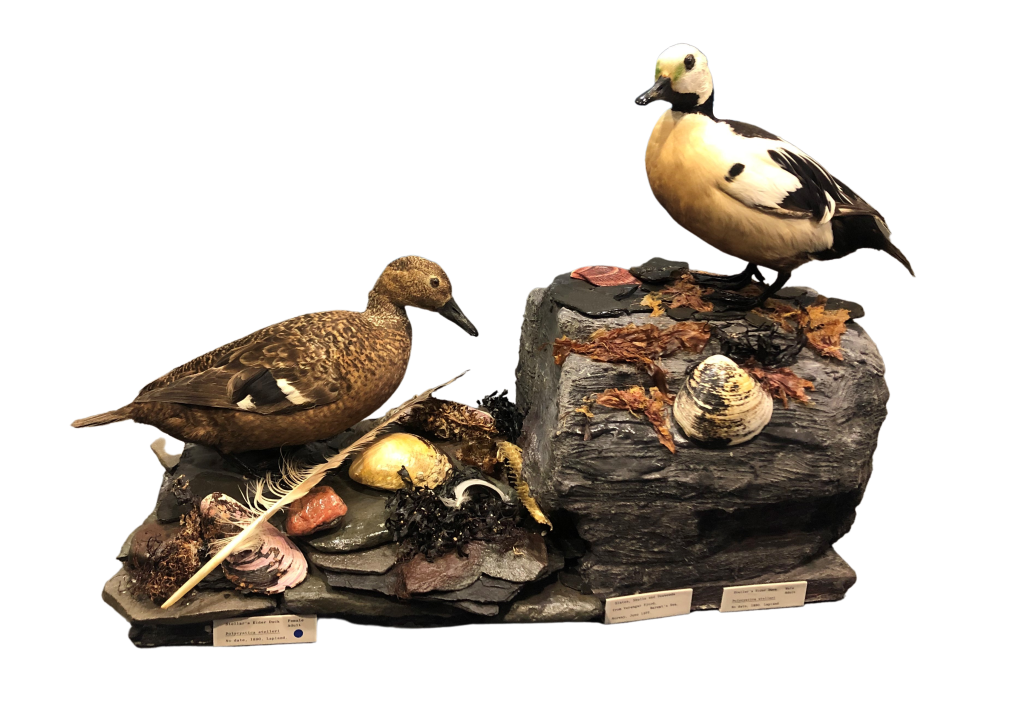 What the duck? Sevenoaks Museum does not typically collect taxidermy, yet these eider ducks have found a home here because of their connection to a significant family and location in our town.

They were donated by the Harrison Institute for biodiversity research. The institute was originally founded by Dr James Harrison in 1930 as a Zoological Museum. Now it works with global communities to build capacity for biodiversity conservation. It was and still is based at the family home, Bowerwood House, in Sevenoaks.

James Harrison’s son, Jeffery Harrison, mounted the eider duck specimens in the 1970s, though they were originally collected years before. Like his father, Jeffery was a naturalist, lecturer and writer, specifically interested in Palaearctic ducks and wader birds.

This pair of Steller’s eider (Polysticta stelleri) ducks originate from Lapland. Steller’s eiders are sea ducks that breed along the Arctic coast. They forage by diving or dabbling in shallow water. In marine habitats they eat small fish and saltwater invertebrates, including snails, clams, worms, and echinoderms found in the bottom sediment.

Dr Jeffery Harrison was an expert on duck and wader numbers, migrations and distributions. He travelled the world with his wife Pamela, who was a wildlife photographer.

One of Jefferey’s lasting achievements is founding and constructing Sevenoaks Wildlife Reserve, the first example of a gravel pit site being developed for the purpose of nature conservation. The pioneering nature reserve comprises five lakes surrounded by woodland. It is a spectacular site for birds, insects, fungi and plants. It is now managed by Kent Wildlife Trust.

Why did people collect and preserve bird specimens?

Collecting bird specimens over time enables researchers to notice changes in biodiversity, appearance and species distribution that occur from year to year. This practice was especially valuable before high quality photography was available, but even now a photograph can only tell what is happening on the outside of an animal.

Understandably, there is controversy surrounding any practice which involves killing a living creature, but studying real specimens has allowed scientists to gain valuable knowledge which can help prevent the extinction of species.

The Museum intends to use the Steller’s eider ducks primarily in learning activities, though there is potential for them to go on display in the future.

on Facebook
on LinkedIn
on Twitter
by email
PrevPreviousThe Sevenoaks Players: 100 Years of Theatre
Next18 August: Cereal Box TheatreNext 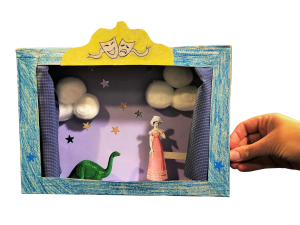